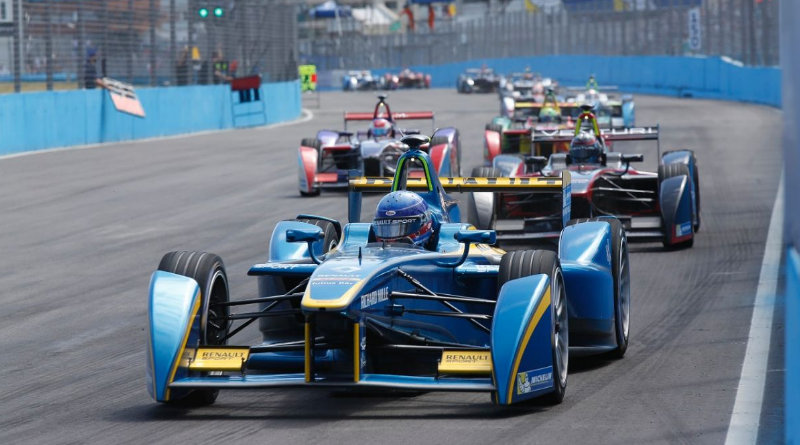 Jacques Villeneuve and Venturi Formula E have parted ways after three rounds of the 2015-2016 Formula E season. The 1997 Formula 1 world champion had a rough start to the season after being collected in a wreck in the opening round with Team Aguris Antonio Felix da Costa. Villeneuve would show a flash of pace in Malaysia qualifying in twelfth and finishing in eleventh. The pace would not last in Uruguay as Villeneuve would crash in qualify and not be able to race. The next day would be the same story, as Villeneuve would crash again in testing. This could have been the final nail in the coffin for the relationship between Villeneuve and Venturi.

Replacing Villeneuve is Toyota LMP1 driver, IndyCar winner, and Macau Grand Prix winner. Known for his expertise on street circuits, Conway is an obvious choice for the seat. Originally due to race in the first season of Formula E with Dragon Racing but would drop out due to commitments and wanting to focus his efforts towards the Toyota LMP1 team.

Though this is Conway’s first season of Formula E he is no stranger to street circuits. Every IndyCar win Conway had was on street circuits. In 2011 while with Andretti Conway would win the Grand Prix of Long Beach. After a winless season in 2012 Conway would bounce back in 2013 and win at Belle Isle race 1. In 2014 the Brit would sign for Ed Carpenter racing for just the Road and Street courses. He would go on to win Long Beach and Toronto his first multi win season in the series.

“I have always liked street circuits, they are very challenging compared to a normal circuit. They are normally very bumpy and have different grip levels throughout the lap so they are a lot of fun.”

An added bonus to the signing of Mike Conway is the fact that his teammate, Stephane Sarrazin, is also his teammate in WEC with Toyota. This can do nothing but help the team in the case of both drivers being used to working with each other to help improve the car in a championship where development is key to success.

Going into Argentina, Venturi should be in high hopes as last season they would achieve a double points finish which they will hope to repeat. Hopefully the adding of Conway to the team will recreate the team’s pace from last year just without the bad luck. The Venturi squad have already proved the car and powertrain has pace and Mike Conway will be the perfect fit for the team to help prove this and help gain for future races.