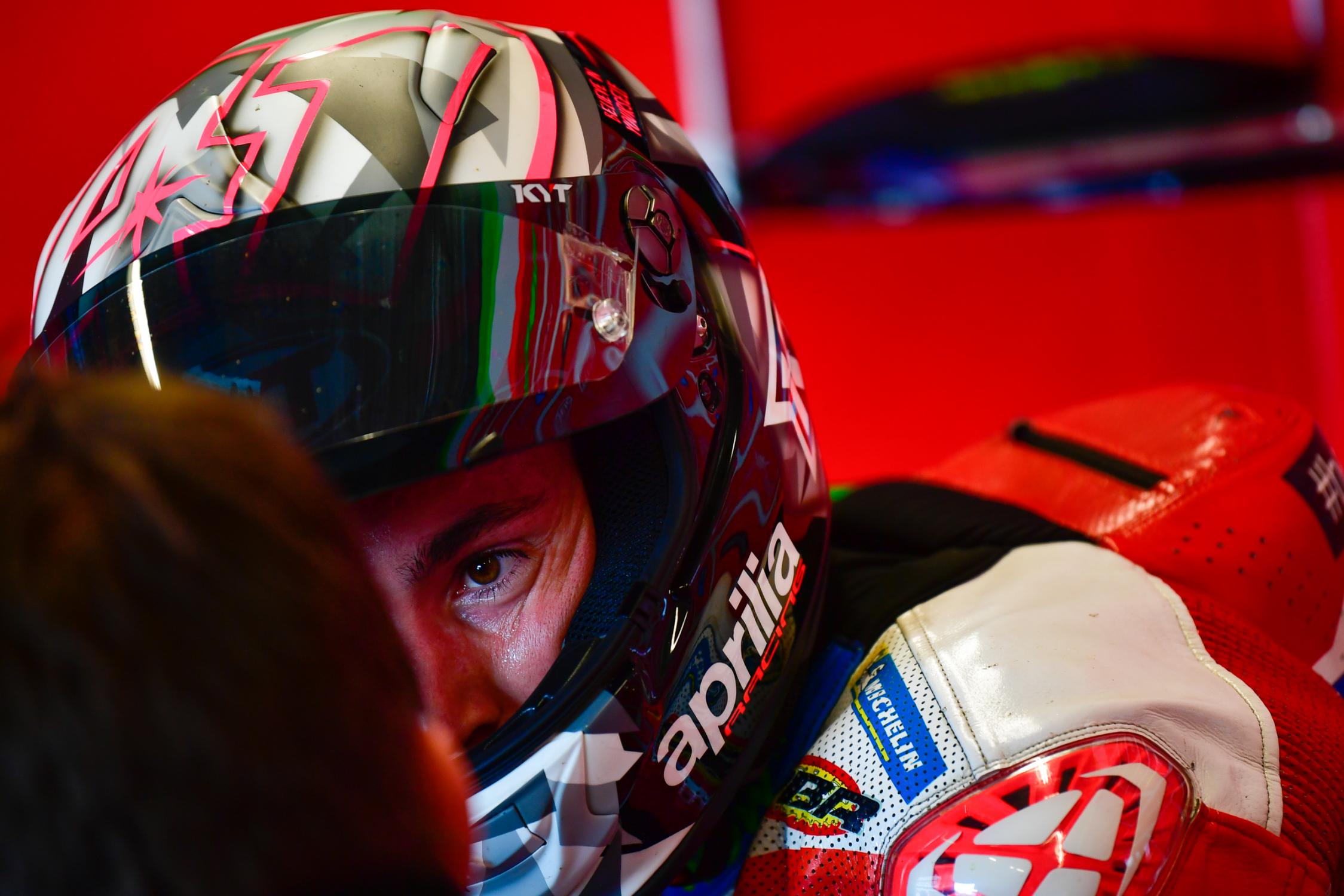 Aleix Espargaro has signed a new two year deal to continue with the Gresini Aprilia team through to 2020.

The two year extension to his current contract was revealed on the eve of the weekend’s race at Le Mans for the French round. He has been with the Noale factory for a year already, having joined for the 2017 season. He joined from Suzuki with the brief that he was getting the chance to develop the bike into a winning machine.

He first got his chance for Pramac Ducati in 2012, but failed to impress and thus had to drop back down to Moto2 alongside his brother Pol for a year. He then got a promotion back to the top class on a CRT Aprilia, and was the standout CRT rider for both years, the peak of which was a 5th place qualifying in Sachsenring. Then a move to Forward Racing followed, where again he impressed further to gain his move to Suzuki.

Unfortunately the 2018 season so far has been a very frustrating one for Aprilia, the nadir coming in Jerez when Espargaro failed to finish the first lap. Gresini Aprilia are yet to confirm his team mate, however will this contract extension take the pressure off Espargaro, thus allowing him to perform at the highest level? You can find out with our qualifying and race reports from Le Mans on Overtake Motorsport!

code Copy and paste this code on your eligible site thefootballforecast.com
1 Comment