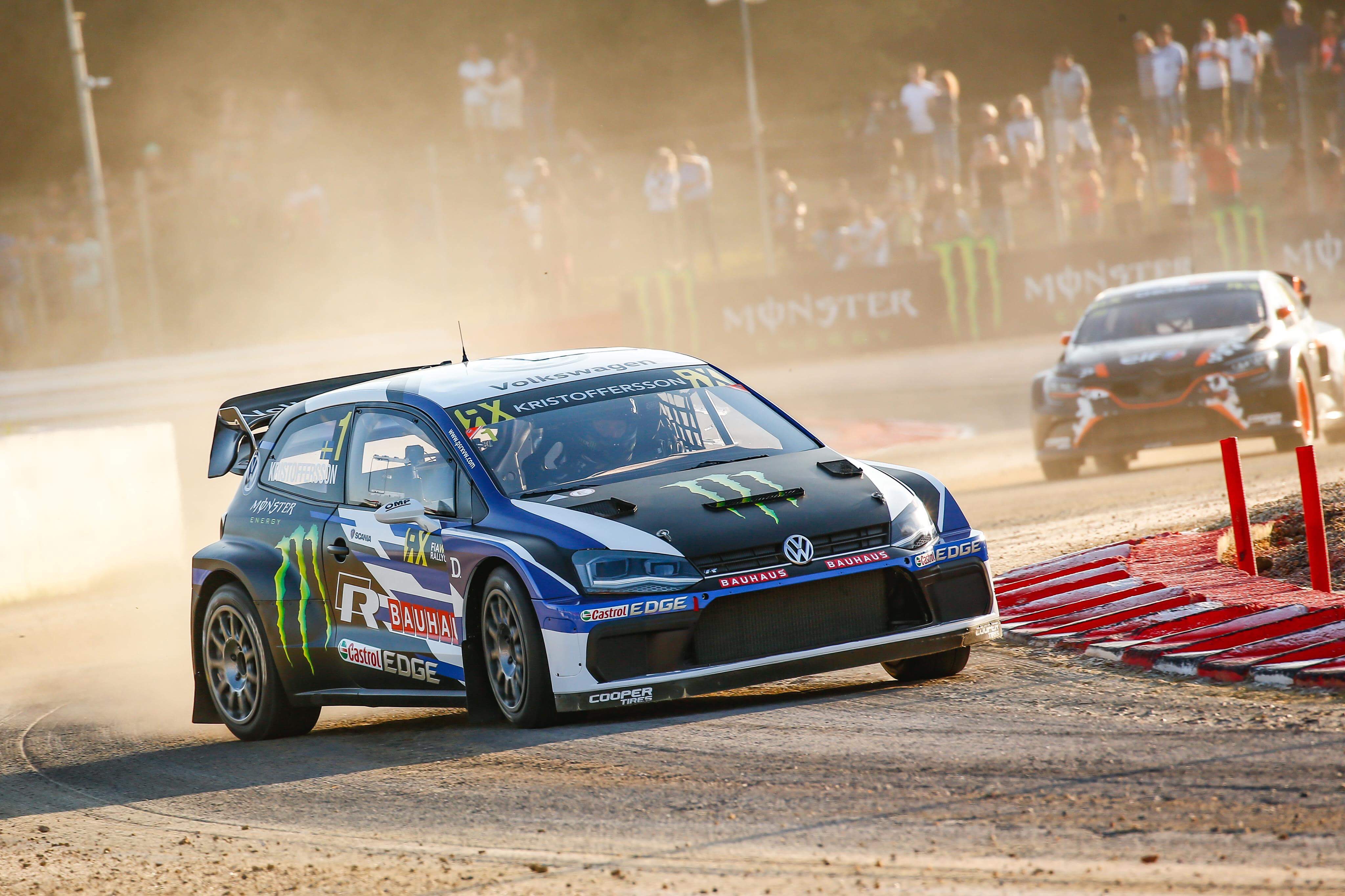 Johan Kristoffersson has equaled his own FIA World Rallycross Championship season record of seven wins in Loheac at the World RX of France.

After a less than ideal semi-final the world champion started the final in the middle of the grid, with the two EKS Audi Sport drivers on the front row, but came back to take an unexpected win, his seventh from the eight rounds so far.

The two EKS Audi Sport drivers, Mattias Ekstrӧm and Andreas Bakkerud, came out on top in the semi-finals with Bakkerud securing pole position. The two drivers made the best starts in the final, with Bakkerud picking up the Super Charge award, shutting the door on Kristoffersson who maintained his third position.

Home hero Sébastien Loeb started the final on the second row and looked to repeat his start from the semi-final where he moved up from last on the grid to third place in the first few corners, however he wasn’t able to gain on those in front and in fact dropped back behind his Team Peugeot Total teammate Timmy Hansen who had started at the back and took the wide line round to pick up the two positions passing Petter Solberg as well as Loeb.

Solberg was forced into taking the joker lap on the first lap but the surprise came when Kristoffersson took his extended circuit a lap later and came out in fifth position. He was released from behind Loeb a lap later and caught to the back of the leading pack.

It wasn’t until the final lap when the leading three took their joker laps with Audi’s looking to have enough of a gap to Kristoffersson to maintain the lead, however on the exit Bakkerud merged between the two PSRX Volkswagen Sweden drivers with Ekstrӧm dropping behind Solberg into fourth and Hansen dropped into fifth allowing Kristoffersson to take the win.

With four rounds remaining Kristoffersson has increased his championship lead to 59 points with the possibility of retaining his title at the debut World RX of USA at the end of the month.